Most Important 7 Steps of Post-Production Process in Video & Film 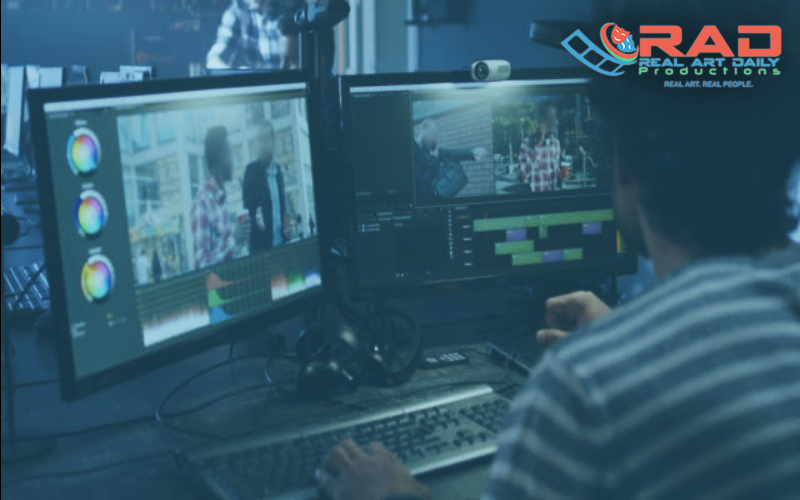 Post-production is a lengthy process and focuses heavily on: editing, color, sound, and marketing and distribution. No matter your level of seniority, you will find yourself involved in the post-production workflow at some point.

What is Video Post-Production?

Video post-production is a part of production process or film-making. In other words, post production is where the editing of the audio and video begins.

It is the most complex stage of video production, where you finally wrap up everything that you have started in pre-production and bring the story to life. It starts after filming is completed.

Video Post-Production Steps in Film You Need to Know

We are going to walk you through these steps of post-production and explain what each step consists of and what the post-production team does. Plus you will learn about video editing software, and those that are the industry standards.

Ensuring that you have reliable storage is a crucial part of the film-making process. Before beginning any other steps, you must ensure that your footage is securely backed up.

There are a multitude of ways to store your footage, ranging from basic hard drives to Redundant Array of Inexpensive Disks (RAID) , or a combination of hard drives. You should not move further in the post-production process without confirming your storage is intact and protected.

With an Edit Decision List, or EDL, editors cut the film how they believe best fits your project vision. Starting at pre-production, it may be beneficial for video editors to be present in order to gain an accurate idea of the tone of your film. Hiring a trustworthy and dependable video editor is extremely important as they have the ability to make or break the project. Snyder cut of Justice League released in 2021 is a great example of that.

Final Cut, Final Cut Pro, or Adobe Premiere are the most popular video editing softwares among the editing professionals.

However, AVID is another industry standard video editing software that is utilized by larger production companies. AVID is more expensive and more complex to learn than Premiere Pro or Final Cut Pro.

Part of the editing process that may not take place in each and every film is adding visual effects. Visual effects can include adding the fictional creatures into a science fiction or fantasy film or adding a background that is not possible to create with realistic effects by using a green screen.

Films can also implement smaller usages of visual effects, such as adding smoke, fog, or other effects to a scene using Adobe After Effects.

Additionally, they can be used if the video editor is going for a very specific type of movie feel such as Edgar Wright’s “Scott Pilgrim vs The World.” For example, when characters would jump or move, sound effects and visual effects would be displayed.

In addition to visual effects editing, the process of creating title cards, credits, and graphics falls under post-production. Putting focus on these effects is a smaller way to emphasize the tone of the film. Such as choosing a font or graphic that relates the content, such as a video game font on the credits, for a movie about video games!

Opening credits are crucially important and offer the opportunity to set the tone for the film.  While many films treat opening credits as something inconsequential, many decide to go the extra mile and invoke specific emotions from the audience.

For example, in the 2014 film Godzilla, the credits are shown over footage of previous Godzilla drawings or sightings and are interspersed with shots of the military pursuing the  creature. By taking the opening credit time to expand on the history of Godzilla, the audience will enter into the main story of the film intrigued.

Along with credits, title cards are  commonly used in film and TV. While these are often used in a rather serious manner to introduce places or people, editors are taking the opportunity to play around.

Season 3 of “Killing Eve” has made a departure from simply introducing the location to something a bit more nontraditional with its iconic title cards. Besides introducing locations and characters, in Killing Eve, title cards are also used for emphasizing certain phrases to induce humor. 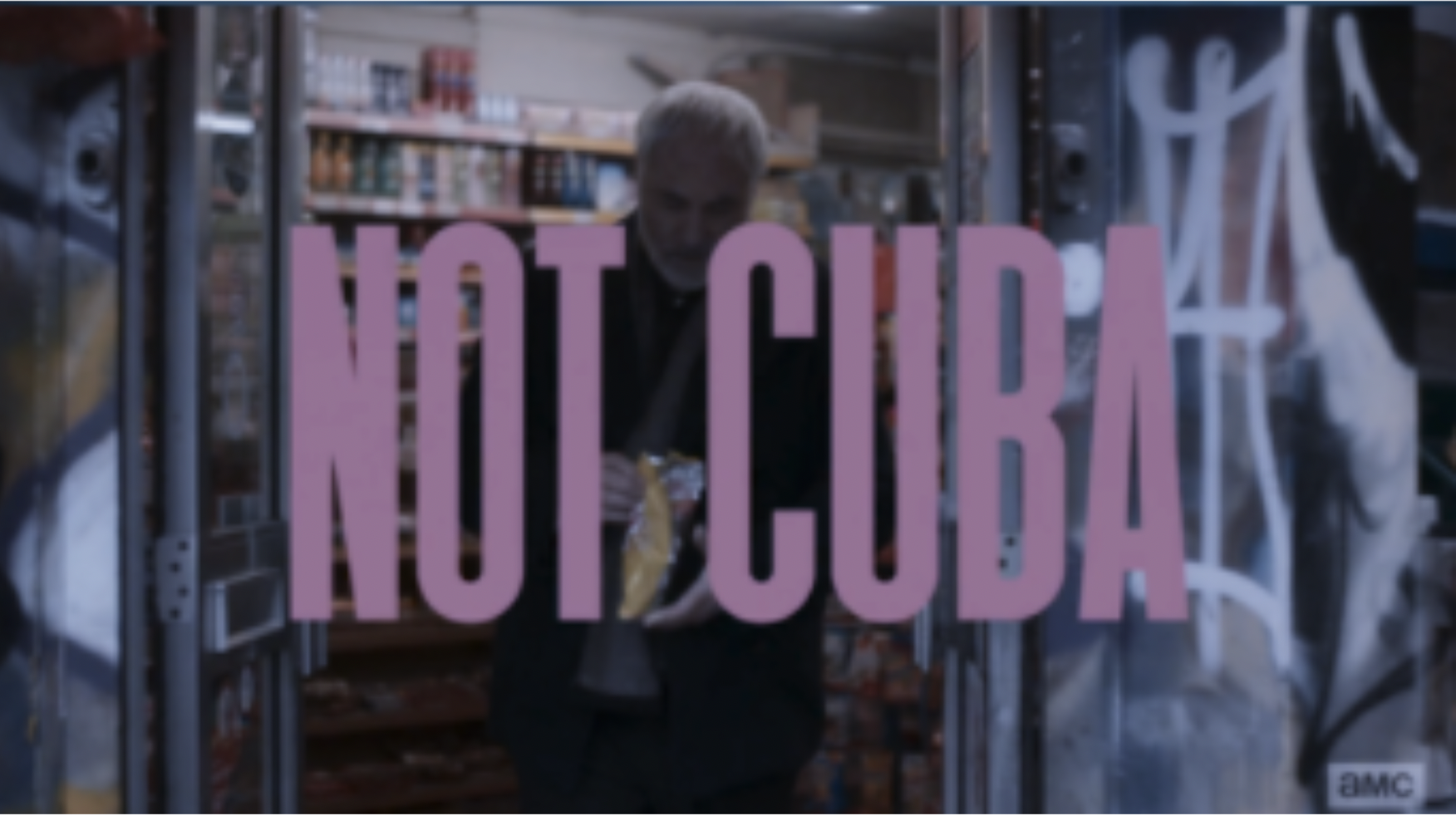 Color may be a step that does not often come to mind when thinking about creating films but it is a crucial part of the post-production process. Color correction and color grading only occurs after the picture is locked in the editing process.

A few examples of things that occur during the color adjusting process includes: hue, saturation, temperature, white balance, and brightness. While there are many things to alter, the coloring process can be broken down into two main steps: color correction and color grading.

So what is the difference between color correction and color grading?

When correcting colors, you want to aim to make the colors look clean and realistic as if you are seeing it without the camera. A great color correction would match color to what it truly is in the real world, create visual consistency and bring a dull picture to life.

The color correction process includes: adjusting white balance, exposure, and contrast. Adjusting these elements is a key part of the process to ensure the picture looks accurate to the vision of the film.

While color correction is more of a required process, Color grading is a creative and optional process to accomplish something different and exciting such as making a movie completely blue toned as opposed to being accurate to the real life colors.

Some movies have made color a key component in their narrative, such as “Mad Max: Fury Road”, “Moonrise Kingdom”, and “Eternal Sunshine of the Spotless Mind”.

While “Mad Max: Fury Road” is praised for its use of color grading, director George Miller released a black and white version of the film which has met with mixed reviews on both ends of the spectrum. As the director, Miller released the full color version to the theaters but has a differing opinion on what he feels is the best version.

“The best version of this movie is black and white.” – George Miller

That said, in the introductory video to the black and white version, he states:

“Some scenes in particular play a lot better, and some, there’s information we got from the color that’s missing.”

What this demonstrates to you is that color grading is truly a form of art and different colors can evoke different meanings and emotions to your audience.

So, are you thinking about to get a color grading or correction team to help you in your project?

Sound editing is the second most important step after video editing, which includes edits such as removing unwanted noise, adding sound effects, and isolating dialogue.

One of the most popular methods of adding sound to a movie is to hire a foley artist. A Foley artist is a person who recreates sound for films. This is needed if the sound was not recorded properly on set, or if it is simply impossible to record a specific sound; e.g. breaking bones. Common sounds that foley artists reproduce include footsteps, breaking bones, clothes rustling, paper folding, punches hitting, and much more.

Automated Dialog Replacement, or ADR, may need to take place if the sound was not captured well during filming and the dialogue is difficult to understand. As for animated films, recording voices for the animated characters is called voiceover, as opposed to ADR, where recorded voices replace the actors original audio in live action films and videos.

Low budget films, who have been unable to control the sound on set, will often record ADR in the recording studio and edit it in, with added environmental sounds during post-production.

A critical part of the audio post-production is securing music or creating a score. Securing music created by others in your film brings the issue of music licensing, which can be complicated and expensive.

Meanwhile, when you choose to create a score, the music is created specifically for your film and licensing music will no longer be an issue.

After securing these aspects of sound in post-production, it is then time to move onto sound mixing.

Sound mixing is the process of taking each type of audio as a track and layering them together to make one cohesive piece. Responsibilities of sound mixers may include adjusting volume levels and eliminating unnecessary sounds.

A key part of marketing is creating posters that will be used for the marketing process. Posters should encompass the feeling and tone of your movie.

After creating movie posters, you can begin focusing on video marketing. Video marketing encircles anything from 30 second video clips as teasers to full blown theatrical trailers. Trailers are extremely important as they are the tools to pull in potential audiences from around the world. They are the first thing your audience will see, as a sneak peak to your film.

Post-production is the critically important final step to having your film or video made. Professionals consider this stage essentially the “make it or break it” part of the entire project. For example, if something goes off track in video editing or audio editing, it may completely change the meaning or intention of your project. Also, with numerous challenges to completing the filmmaking process, having dependable editors ensures you’ll release your film or video according to your desired timeline.

Therefore, putting time and care into hiring the right post-production team is crucial to the success of your project. Our post-production service team, here at Real Art Daily (RAD) Productions, can assist you in getting your voice out there and creating the project of your dreams!