Color Correction vs Color Grading: What Makes Them Different? 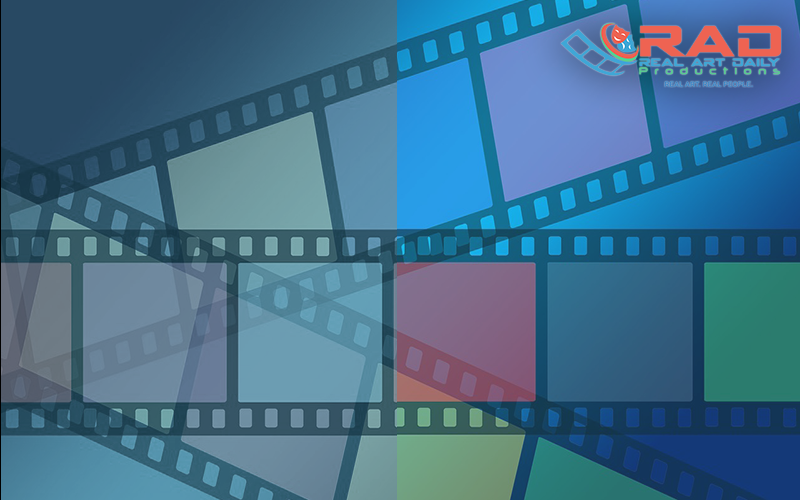 If you’re not entirely sure what color grading consists of, we here at Real Art Daily (RAD) Productions will let you in on the secret.

Color grading is a core part of the post-production process. Examples of color grading include: increasing or decreasing image saturation levels, altering a video image to be in sepia or black and white, adjusting your white balance, and beyond.

Color grading is important for a multitude of reasons but, ultimately, the goal is to ensure that your project has a level of visual consistency that the audience will be able to grasp, so that your audience will remain engaged and be able to fully experience the intended story.

What is the difference between color grading and color correction?

What is Color Correction?

Color correction, as implied by the name, ultimately aims to correct the colors to how they would be seen by the human eye in the real world. This is done by working to establish a type of visual consistency, which is often assisted by establishing true color levels.

For a more specific application, we can say that color correction can assist in making two scenes look like they were filmed on the same day in the same weather pattern, when in reality, one day was sunny and one was overcast. It can be looked at as a type of continuity management as ensuring consistency in the scenes will let the audience know that all takes in a scene are taking place at the same time and all scenes meant to take place at the same time are doing so.

What attributes are corrected in the color correction process?

Black levels, or a video black level, are defined as the “level of brightness at the darkest part of visual image.” This means that the black areas, or the darkest areas of the footage, are true to the realistic color. If this is not calibrated appropriately, colors could show as different colors, such as black showing up as dark. If a black level is a bit off, the audience may not be able to tell the difference between the black in the scene and the black bars shown at the bottom and top of the screen.

Primary colors are heavily focused on during the color correction process as everything is made up of these core colors. There are two main sets of primary colors: RYB and CYMK – red, yellow, and blue, and cyan, magenta, and yellow respectively. Ensuring that primary colors are accurate ensures that each and every color in a project is accurate.

Similarly to primary colors, color saturation is focused on ensuring that colors are accurate to the desire of the filmmaker. For a movie that is aiming to be realistic, the focus on color saturation means making sure colors are not over or under saturated. For a movie that is trying to set a specific tone, this may mean heavily saturating the colors beyond things seen in nature.

On a more specific note, skin tones are something that are heavily focused on in the color correction process. If a skin tone is not accurate, it will make the movie feel slightly off and your audience may begin to doubt your project. Ensuring that skin tones are accurate will build trust with the audience and allow them to be drawn into the story.

What is Color Grading?

While color correction provides the process of correcting the color so it looks accurately like the real world, color grading aims to set the mood of the piece and will assist in the storytelling. Color grading is not an absolute requirement, yet an important step to take when setting your process of video production apart from others.

Color grading often works with more specific goals than color correction, such as creating a specific ambiance or invoking specific emotions from the audience. For example, a movie shot in black and white may be received much differently if shown in color.

Examples of movies that heavily use color grading to their advantage include: The Martian, Mad Max and The Matrix. Each of these films relies on a specific use of color to set the tone, ambiance, and overall emotion of the film.

While there are many specific details to consider when thinking about the importance of color grading, it is easier to look at the larger picture.

To avoid this from happening, it is key to follow the core concepts we have laid out in this article.

When should color grading work begin?

What type of software is used in color grading work?

Our video editors use color grading software for video, which includes color grading, color correction, video coloring, color balance and generally any and all types of color work. While the bulk of video editing work may be done in a video editing software such as Final Cut Pro or Premiere Pro, often there is need for a separate color tool such as Academy Color Encoding System or Davinci Resolve.

Academy Color Encoding System (ACES) is a type of color grading workflow that many production companies are beginning to follow. Directly from the ACES website, it says it is a “global standard for managing color workflows.” ACES works in a few different ways. It “standardizes and simplifies color management by maintaining the color fidelity of your production at the highest level throughout production, post production, and archiving.”

In addition to being an incredible resource, ACES is free and open source, so not only is it accessible to all, they are continuously improving on it’s base state to improve its efficiency and capability. ACES is a great color tool for those who may be freelancing or for those who need to make quick color adjustments.

While ACES is a fantastic standalone color tool, it is not always necessary. Sometimes it is simpler to use an all-in-one type of program. The decision to use one color tool versus a program that contains a multitude of tools is a personal choice. Davinci Resolve is a plethora of software tools built into one.  It combines editing, color correction, visual effects, motion graphics, and audio post-production.

Similarly to ACES, Davinci Resolve has a free tier in addition to their paid tier. Some of the key color grading features in Davinci Resolve include the node editor, the gallery, the timeline, the color palette which consists of color wheels, and plenty more.

Color grading is an extremely complex and nuanced portion of the post-production process. There are many aspects to color grading used to fit each project’s specific individual needs. We hope we have expanded your knowledge of what color grading is and why you should let us assist you in editing video color for your project!