5 Stages of Video Production Process That You Need to Know 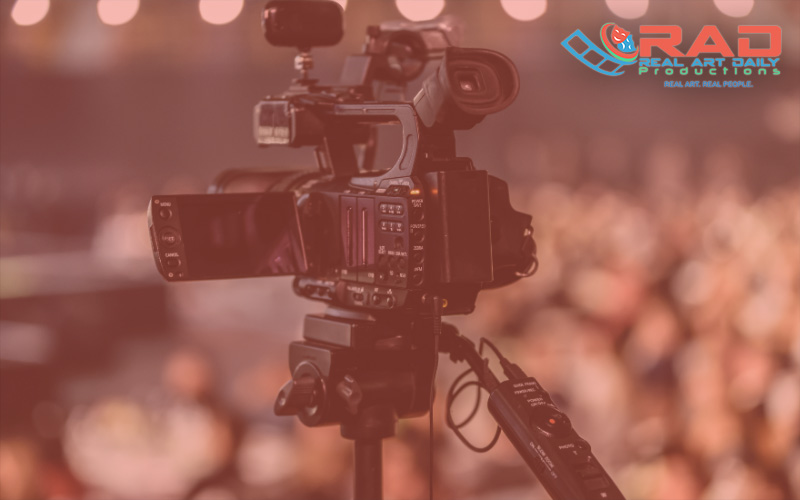 Are you intrigued about the world of film and production but not involved in it?  This article will help you gain better knowledge of the stages of video production

What Does Video Production Mean?

At its most basic definition, video production is the process of creating video content, starting with development of the story and finishing with the distribution of the video.

Video content is one of the most powerful forms of media in the modern world.

Video production companies focus on creating any digital content. i.e. films, animation videos, tv shows, corporate videos, etc.. Essentially, they are involved in every step of the process as they help develop, produce and edit content.

What are the Stages of Video Production?

To get a complete idea of what it takes to produce content, read about the five key video production phases 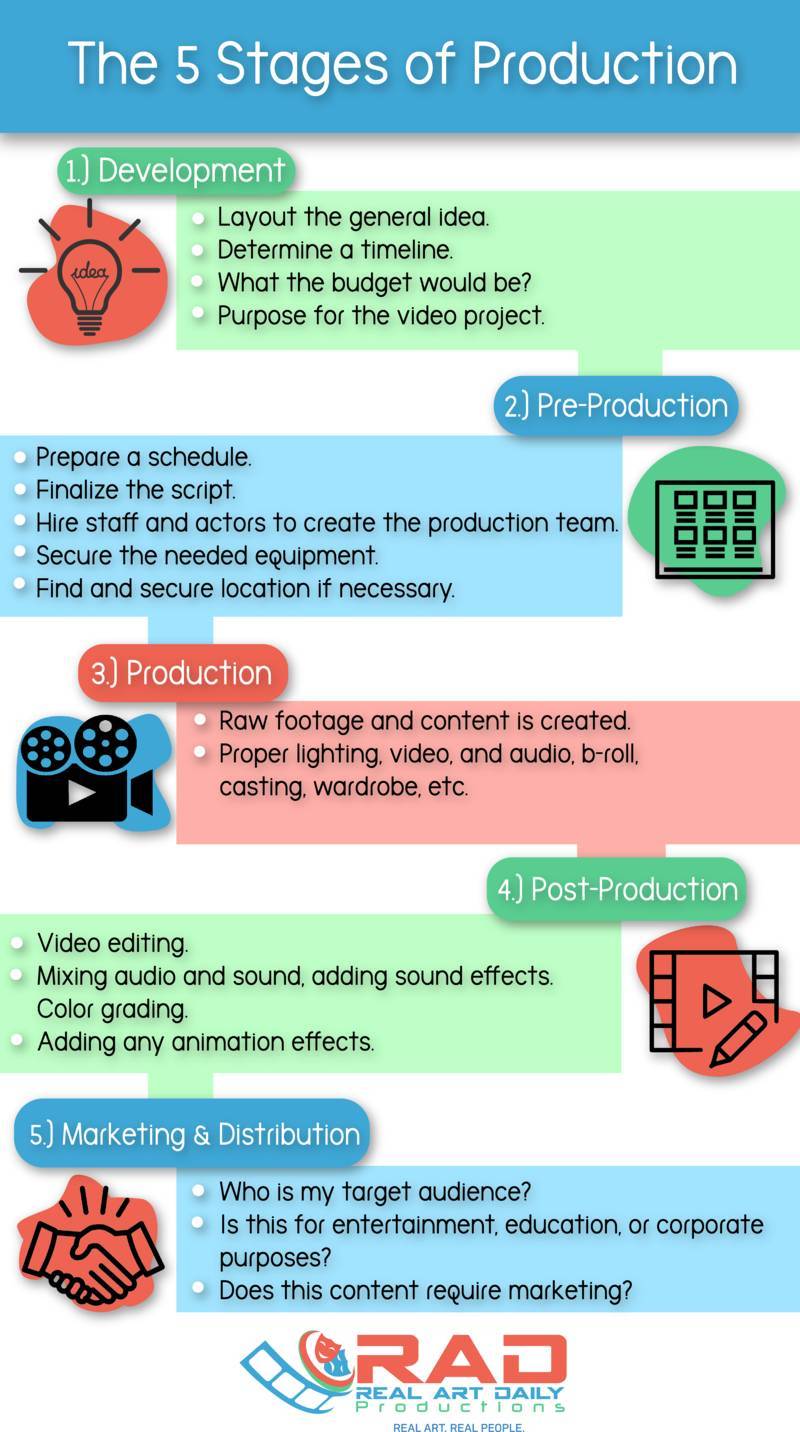 Development is the first stage. Without this stage, creating any type of project would be unattainable. For those who follow the three-stage model, development is folded into the pre-production stage.

This stage is essentially the birth of the project, where it is conceived and visualized. Development includes writing drafts of the script and conversations between the production company and the client.

To understand the requirements of the project, a production company must ask client-specific questions, such as:

What is your purpose for this video project? Each story should have a purpose. Having a purpose in your work will show the audience that the time and care was taken to make the project the best it could be and will more likely be well received.

The purpose of a project changes on an individual basis. Some projects exist for satire; others to show diversity globally; and some make statements to show things that are not traditionally shown in the media.

Who is the target audience? Knowing your target audience increases the chance of a project’s success immensely. Although many creators create for themselves, they still aspire to the end goal of having their project reach a wider audience.

An exercise that is commonly used to discover your target audience is the creation of personas. Personas are fictional characters representing the user who is likely to consume the content and are often used in user design.

The second stage in the process is pre-production. This is the real meat and potatoes of the process.

A crucial part of this stage is final script-writing and creating storyboards. You cannot produce a final video without a finalized script; without the core story outlined in development.

Other vital parts of pre-production include:

Pre-production is often considered the most crucial step in the entire process of production. If proper time is not given to this step, the rest of the process will fall apart.

The next phase is production. For those not in the industry, production is often a catch-all term for every part of creating a final video from beginning to end.

This is where the raw footage and content is created. While film, TV and video production have similarities, they are not exactly the same thing. However, at the core, they all aim to achieve the same goals.

During production, painstaking efforts are taken to ensure proper lighting, video, and audio, b-roll, casting, wardrobe, etc.  This phase can take anywhere from a day to months on end, dependent upon the production size.

A movie may take three and a half months to film, while a commercial may take only four hours. To ensure that this step runs smoothly, the cast and crew must be well prepared and aware of how they fit into the bigger picture. Keeping a consistent rhythm will help production run smoothly; for example, everyone is aware of where they need to be at each moment and how to help their fellow crew.

Second to last, there is post-production. For those who follow the three stages of production as opposed to five, marketing & distribution would be rolled into this phase, as opposed to being their own individual step. Overwhelmingly, this stage consists of editing the raw footage that was obtained in the previous stage.

Video editing is the art of assembling raw footage into a coherent narrative. While the writers, directors, and cast all have extremely significant parts in making the movie, we can often credit editors for making the final video what it is.

Editing consists of organizing the footage in ways that were outlined by both the script and storyboards and working creatively with what they were given. This is often called “the invisible art” because if an editor is experienced, the audience will not be aware of the editing techniques.

It is crucial to recognize editors’ backgrounds and how it can influence their art. For example, Anne V Coates was a very influential person in the production world. The editing techniques she applied in Lawrence in Arabia were widely praised and still used today by many directors.

The process of editing video often begins before there is any actual content to edit. Whenever possible, the professional video editor(s) should be present at each phase of production, so they can grasp the vision of the project. Editors can offer tools and techniques that others on the production team may not even be aware of.

Finally, there is the creation of publicity materials, such as trailers, posters, or clips. Post-production is an incredibly intensive process, and we will have another blog post focused entirely on it.

The last stage of production is marketing and distribution. Marketing is the process of using the publicity materials created in post-production to advertise the final video to the target audience and the general public.

Marketing and distribution is briefly discussed and ideally planned out in the development stage and this final stage is where previous plans are executed.

There are many questions to ask and answer in order to market successfully.

Like corporate videos, certain video types may not require marketing and can head directly to the distribution stage. For others, a marketing team must plan and execute the steps to get people interested in the final product.

Now you can understand how much planning, creativity, and time it takes to produce a video. Here at Real Art Daily (RAD) Productions, we offer production and post-production services. If you don’t want to stress yourself with this vast workload, let us help you.