We are dedicated to changing conscious thought and increasing compassion through media by promoting diversity, female empowerment, LGBTQIA+, and disabled representation. With a highlighted focus on woman over age 40, we share alternative storylines that are often neglected by mainstream media. 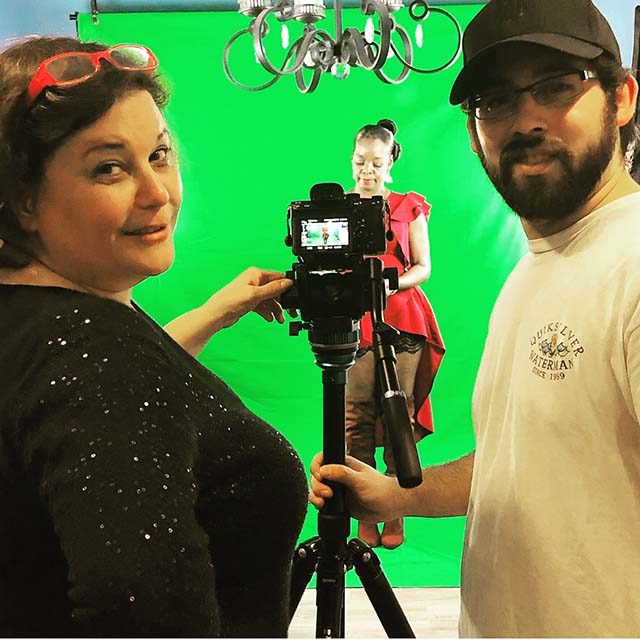 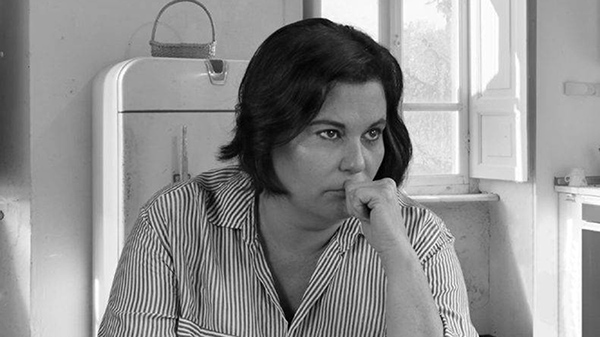 Real Art Daily (RAD) Productions writes, develops, and produces original feature films as a vehicle for disseminating our activist voice into the public to assist in bringing light to important social injustice issues and help create understanding and compassion for misunderstood segments of our population. We partner with Final Wave Films, Georginna Feyst’s all-female production company, on specific of our productions. On a lighter note, we’re simultaneously developing and filming a comedic web series to be released on our Youtube channel in February 2019. We’ll start releasing teasers in January 2019. 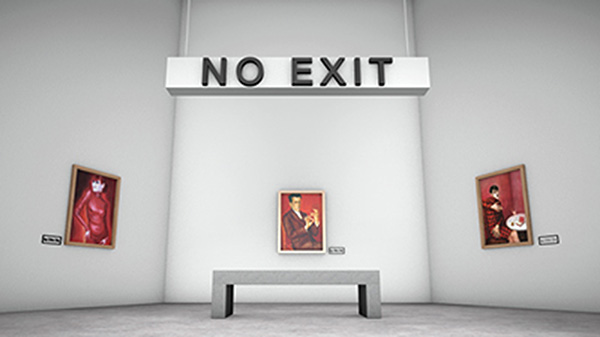 We use theatre production for one of the mediums for social change and community outreach. We are moving into Phase II of our 3 Phase Existentialist Theatre project. Phase I opened in March 2018 with a 12 show run of Jean Paul Sartré’s “No Exit” directed by Ye’ela Rosenfeld at the Chromolume Theatre in Los Angeles. We are currently taking a hiatus from this theatre project during the development of our current feature film and web series. Phase II will entail writing and developing an existentialist New Works play, using Sartré’s “No Exit” as a springboard. Phase III will happen during 2020, with a Los Angeles production of the New Works Play. 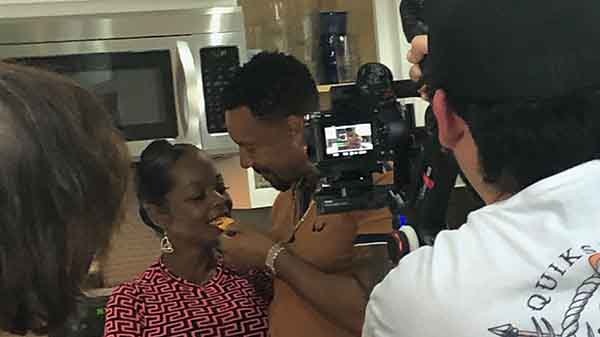 Real Art Daily (RAD) Productions is partnering with Nebula Music in music video production for aspiring and established musical artists and bands. We have a talented story team that develops the narrative and scene-by-scene shot plan working with our clients to ensure the best possible representation of their music and brand. We shoot locally in various locations around LA and in 2019 will be adding drone technology to our videography. We have an on-site music studio with a  recording booth and full mixing suite for both music and videograph aspects of production.


To be an established, thriving driver of social justice, female empowerment, and influencer of conscious, progressive thought through film and video productions.

To be a leading cross-functional media company that delivers quality content that entertains, awakens, and encourages female voices and diversity.

To create an inclusive and diverse company that actively employs talented creatives from a wide range of sexualities, gender identities, cultures and nationalities.

The culture of Los Angeles is ethnically diverse and rich in the arts, including notable art museums, historic architecture, and a wealth of film and television production companies and studios. This culturally rich city attracts actors, artists, and performers from all over the world.

Cinema
The greater Los Angeles area has historically been the most prominent and important site in the United States for movie and television production. This has drawn not only actors, but also writers, composers, artists, and other creative individuals to the area.

The area is home to many institutes that study and appreciate film production, such as the Academy of Motion Picture Arts and Sciences and American Film Institute. Various awards are given annually for movie and television production, some of which garner huge worldwide audiences. Los Angeles hosts many Film festivals, including the Los Angeles Film Festival and the Los Angeles Gay and Lesbian Film Festival. Specialty theatres like Grauman’s Egyptian Theatre and art houses like the Nuart Theatre screen eclectic mixes of new and historic movies.

Hollywood
Hollywood is the historic film center of Los Angeles and is notable as the home of the U.S. film industry. It’s culturally diverse and is home to several of the L.A.’s historic studios. Over the years, the film and television industry has spread to other areas of the city, such as Burbank, Studio City, Santa Monica, etc. However, Hollywood is still known as the “shorthand reference for the industry and the people in it” (Wikipedia, 2019).

Although film and TV production has spread to other parts of the United States and Canada, as filmmakers and production companies seek lower production costs and tax incentives, Los Angeles still remains a critical center for American Cinema and Television Production. The motion picture and TV industries have helped create the image that defines Los Angeles across the world and each year 25 million tourists flock to see Hollywood and its film industry landmarks, such as the Walk of Fame and the Chinese Theatre. 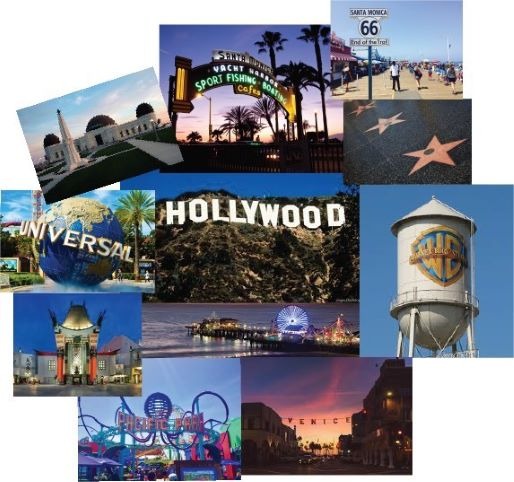