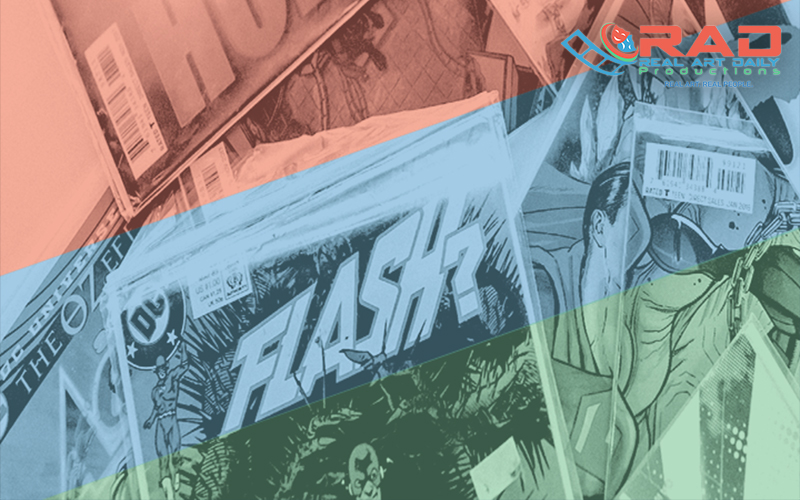 After four years in the editing room, Zach Snyder’s Justice League has finally been released to streaming services. But what happens in the editing room that can so completely change a movie’s tone, themes, and even plot? If you’re a burgeoning filmmaker, you know the difficulty of planning, writing, and shooting a film, and post-production can seem like an afterthought.

Although director Zach Snyder left the production of Justice League before its original release in 2017, and the film was completed by Joss Whedon, fans of DC Comics have clamored for the original “Snyder Cut”. Thanks to this public demand and the help of his editing team, VFX team, and many other members of the cast and crew, Snyder was able to significantly change the plot of the theatrical release to his own original vision from the editing suite.

Almost all the footage you see in this version and the former were filmed in the same time span, but by splicing in new filmed or voice recorded sequences, cutting some scenes and dialogue from the original theatrical version, and most importantly by carefully organizing and editing that footage, we can experience something totally new.

Some of Snyder’s previously unseen footage includes an extended introduction to Jason Momoa’s Aquaman, added exposition, and flashbacks that elaborate on the emotional stakes of all the characters. It seems a lot of footage was left on the cutting room floor, but Snyder has made cuts of his own. Whereas the 2017 version included some visual gags, jokes and dialogue written by Joss Whedon, Snyder has eliminated these and therefore changed the overall tone of the film. With all this added footage, Snyder also added title cards, a possible reference to his 2004 film Watchmen which helps split up the four-hour movie. Also important is the new 4:3 aspect ratio, or “Academy” ratio, which is helpful for at-home viewing.

To an independent filmmaker, all your footage might seem essential, but you might look back on your movie in the editing room and see a direction you never thought of. The process of video editing like this doesn’t eliminate the other side of your work, but it lends a new light on scenes that would have a different context with subtracted dialogue or even with some extra shots.

In any scene, dialogue, emotional beats, and even action can be cut. For one example, a scene between Lois Lane and Superman’s mother Martha Kent has had jokes cut in the dialogue  giving it a more earnest tone, and the plot is ultimately changed by the new ending of the scene. Even in action scenes, which seem strictly choreographed, Snyder made changes to the pacing, which stunts would be included and which sequences have more emphasis.

Besides video editing, Snyder’s use of slow motion is probably the biggest post-production change to the film. It adds a distinct aesthetic that lets you know this is a Snyder film, as well as reinforces the high-stakes emotional themes of the movie. As any director knows, half the identifying marks of a genre or director’s style is in the editing – from the saturated coloration of someone like Catherine Hardwicke or Wes Anderson, the quick action cuts that give away a Guy Ritchie movie, or the precisely composed and paced sequences of Wong Kar-Wai film. Snyder’s use of slow motion and special effects in his action sequences are part of what make his movies like 300 or Sucker Punch so distinctive. For a filmmaker starting out, it’s an important lesson to uphold your own vision throughout all stages of production but especially post-production.

There were also changes made to the movie’s VFX, or video special effects. Snyder’s changes show not only how much work was put into this re-edit, but how much artistic vision from the director and the VFX artists is required in post-production. The changes include new designs for some CGI characters, different looks for the superheroes (if you were annoyed by Henry Cavill’s VFX erased mustache in the 2017 version, you’ll be happy to see him with a more natural face in the Snyder cut), and even new scenes incorporating VFX.

One scene in particular required some new filming mid-pandemic as well as many hours of work from VFX artists in order to create a scene that wasn’t originally written- it goes to show how you may not know your movie is missing something until you watch a runthrough first.

In terms of sound design and music, Snyder’s version of Justice League uses a new score from the production’s original composer, JunkieXL, a metal and electronic artist who also composed the music for Mad Max: Fury Road. Sound design is an essential component of post-production that ranges from special effects sounds, dialogue, and music, all of which must be controlled for volume in a theatre or at home. Sound design and especially music is yet another way the filmmaker must express their creative intent during post-production.

For another example, Snyder re-scored certain scenes with different songs than the original theatrical release. Look out for two key uses of songs by Nick Cave and the Bad Seeds, one of which completely changes the tone of an essential character moment for Aquaman.

As an independent filmmaker, sometimes you have your entire movie planned out from the script, to casting, to filming, to the post-production and all the way to the release. And sometimes you don’t. Sometimes you can’t control every aspect of your film- in fact, almost no one can. In that case, you need to have trusted professionals with video editing, with VFX, with music and sound design. How else can you follow through that vision that originated the movie in the first place? If we learn anything from Zach Snyder this year, it’s that it’s never too late to finish a project you believe in, with the help of people who believe in it too.