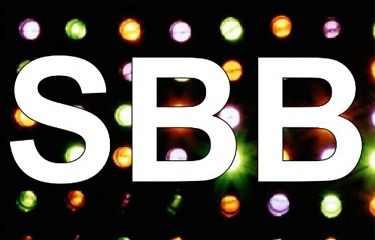 Georginna Feyst and Natalia Bortolotti create and star in the new original scripted web series Americans Abroad. The travel misadventure mockumentary show premiered its first episode November 13th on YouTube and Stareable.com with six more to come over the next couple months.

What is the premise of Americans Abroad?

The series is described as: following the exploits of an inept travel show Host (Georginna Feyst) and her unpaid Intern (Natalia Bortolotti), as they attempt to travel the globe without a budget. Fueled by the host’s endearing cluelessness on-camera and her intern’s sarcastic and subjective commentary off-camera, the traveling duo find themselves caught-up in misunderstandings about travel, culture, and life itself.

What else do we know about Americans Abroad?

The duo created the premise and shot some of the footage while on a trip to Italy. Georginna explains, “It all started when we noticed that the whole kitchen was in the closet, which made us laugh, so the ‘kitchen in the closet’ scene was the first scene we filmed and the series took off from there.”

What else do we know about this production?

Americans Abroad was produced by Georginna under her production banner Real Art Daily (RAD) Productions based in Los Angeles. She strives to create meaningful stories that entertain, inform and awaken through sharing diverse and underrepresented perspectives. RAD is currently developing several projects, including a feature film, a music video, a live-action / animation cross-over short and a theater production.

Previously, Georginna had a career in corporate IT and studied spiritual healing and new-age movement during the 90’s in Michigan. She studied music at Wayne State University and San Jose State University, then went to the Foothill Theatre Arts Conservatory in Northern California. Since turning to acting, she has starred on-stage in Roswell and No Exit; and in the indie films Yarnia, Georgie and earned an award for her performance in S is for Psycho.

What is Natalia Bortolotti’s background?

Natalia has built an award-winning career in the music industry as a singer, songwriter, producer/mixer and score composer. She has toured with some big names, including Maroon 5, Train, Sheryl Crow and Gwen Stefani; and earned a slew of accolades from Billboard, ASCAP, Song of the Year, John Lennon Song Contest, Songwriters Hall of Fame, California Music Awards, Los Angeles Music Awards and Hollywood Music in Media Awards. She recently began writing scores for short films and has narrated a few projects as well. A San Mateo native, Natalia graduated from Berklee College of Music and is the founder and creative director of Nebula Artist Development.